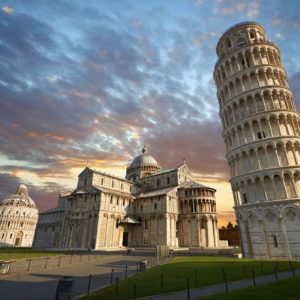 Pisa is one of the most important cities of art in Tuscany, especially famous for The Leaning Tower and Piazza dei Miracoli, but it has much more to offer and to discover: the historical centre with its Renaissance buildings, medieval towers, Romanesque churches and Arno’s riversides, of course.
Pisa offers plenty in the way of leisure, such as shopping, from Corso Italia to the arcades of Borgo Stretto, the market in Piazza delle Vettovaglie, but also a lot of events to enjoy, especially in the summer, such as the “Luminara”, the “Regata Storica” and the “Gioco del Ponte”.
The Leaning Tower was built in 1173, even while still going up, the tower started sinking into the ground and today the slant is at nearly 4percent! Standing in a meadow next to it, you can also see the Baptistery, the Duomo and the Camposanto. All of these great architectural works have earned the name of “Piazza dei Miracoli”!

FOCUS ON … Medieval Pisa was built on the estuary of the River Arno and was an important trading port for ships coming and going from the east. It was one of the four key Marine Republic cities and today you can still visit the docks to see the ancient ships in Pisa.

FOCUS ON … The area around Siena is famous for the red, green and yellow hues of its land.
From March to December you can take a trip through its hills on the Treno Natura, an old steam engine you can catch from Siena. The train will take you back and forth all day and the trip is always set to coincide with special events like festivals or markets.

Lucca is the city of the towers and of the great walls! Hundred of things are waiting to be discovered, such as the oval Anfitheather Square, the Cathedral of San Martino, the Church of San Michele, the civic Clock Tower and the Botanic Garden and a lot of museums! Don’t miss a shopping in Via Fillungo, one of the main streets of the town.

FOCUS ON… Have you ever seen a garden at the top of a 40 meters high tower? The Guinigi Tower in Lucca has its own rooftop garden with real holm oak trees. It was built in the second half of the 14th Century by the Guinigi family and it’s one of the few remaining towers in Lucca. The Tower is 45 meters high and reflected the power and the importance of the family; it represents rebirth and new life. From its top there is a wonderful view over the city. 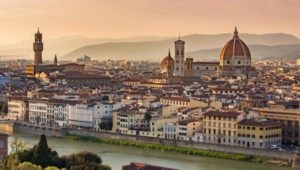 Florence is the icon of Tuscany and the heart of the Reinassance!
This city is rich in art, culture, trade and politics; during the 16th Century was led by the famous Lorenzo il Magnifico. Don’t miss a visit to “Palazzo Vecchio” and “Piazza della Signoria” with its “Loggia dei Lanzi” and the “Fontana del Nettuno”, called the “big White” by the locals, thanks to its huge white marble statue. There are too much things to see in Florence, that’s impossible to list them all!

FOCUS ON… Do you know that in Florence there is a secret passage? The only one bridge not destroyed by the bombs during the Second World War was the Ponte Vecchio. Above the beautiful craft boutiques a set of tiny windows run for about 1 km, the Vasari Corridor, this was how the Medici’s went to Palazzo Pitti without ever going out!

Volterra was one of the twelve cities of Etruria, you will find the foundations of two temples in the Archaeological Park and the Guarnacci Etruscan Museum where you can take a trip into the past with more than hundreds of decorated urns. Volterra is rich in history, that spans the Etruscan, Roman and Medieval periods and it’s also famous for the alabaster stone. Recently, the city has been the setting of the novel “Twilight” and of a lot of literary and cinematographic works of international importance. Its landscape is characterized by rolling hills, forests and natural parks, but also the fascinating spectacle of the “Balze” (badlands).

FOCUS ON … In Volterra there is a unusual votive statue: the “Shadow of the Evening”, a long thin figure just like the shadow cast as night falls, you can see it inside the Guarnacci Museum. 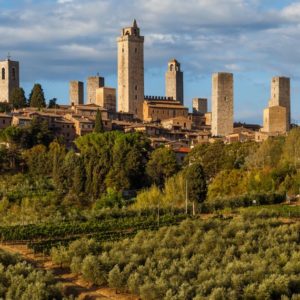 San Gimignano is the “Manhattan of the Middle Ages”, here you can find lots of towers dominate the hills around. In the Middle Ages there where 72, but now only 13 remain, including the Podestà Tower, 54 meters high. When you come inside from one of the many gates you are impressed by its typically medieval appearance: Piazza del Duomo and Piazza della Cisterna, ancient noble palaces and Romanesque churches set between the walls of the town. San Gimignano is crossed by the ancient Via Francigena (Francigena Route) axis of pilgrims leading to Rome.

FOCUS ON …In San Gimignano towers represented the power of the families, in fact the taller the tower was, the more important the owners appeared to be. 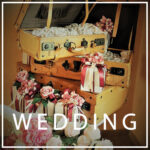 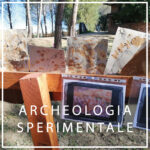 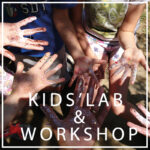 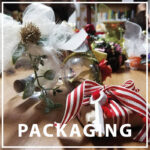 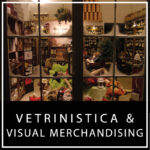 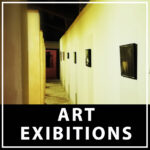 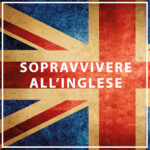 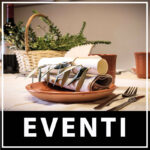 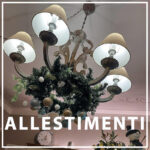 Total is a responsive, drag & drop, flexible multipurpose WordPress theme that is perfect for any website. What's not to love? Get it today!
Buy Now
Copyright 2013 - All Rights Reserved
We use cookies on our website to give you the most relevant experience by remembering your preferences and repeat visits. By clicking “Accept All”, you consent to the use of ALL the cookies. However, you may visit "Cookie Settings" to provide a controlled consent.
Cookie SettingsAccept All
Manage consent

This website uses cookies to improve your experience while you navigate through the website. Out of these, the cookies that are categorized as necessary are stored on your browser as they are essential for the working of basic functionalities of the website. We also use third-party cookies that help us analyze and understand how you use this website. These cookies will be stored in your browser only with your consent. You also have the option to opt-out of these cookies. But opting out of some of these cookies may affect your browsing experience.
SAVE & ACCEPT
Back To Top
×Close search
Search